HttpBuilder is a utility that provides a graphical interface for the creation of custom HTTP requests. It can be used for testing web servers and web applications, penetration testing, problem determination, and is also a great tool for learning about the HTTP protocol.

This is the main window, displaying details of the request that was sent in the upper part of the screen, and showing the response received from the server in the lower part 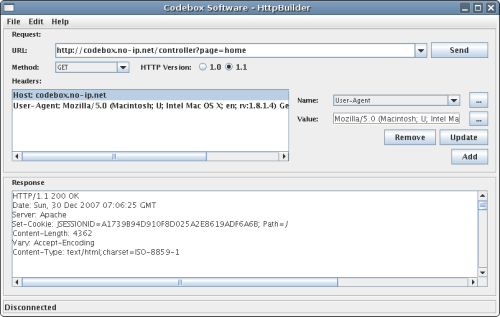 The request can be configured to use any valid HTTP method 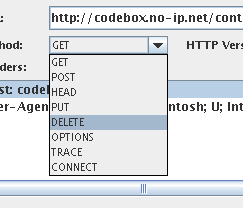 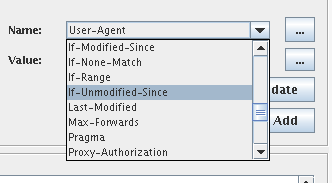 Many header types have an associated helper dialog box, making it easy to send correctly formatted values to the server. The User-Agent helper dialog is shown here, it contains dozens of user agent strings including examples from all the commonly used browsers 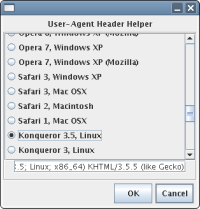 Another example of a helper dialog box, this one is for the Authorization header - it supports both Basic and Digest authentication, and will encode the username, password, and other required values, into a correctly formatted string. 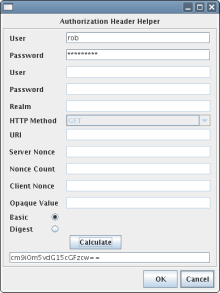 HttpBuilder allows you to configure every aspect of the request that gets sent - you specify which version of the HTTP protocol to use, which HTTP method, and which headers to include. Most types of header have 'helper' dialog boxes associated with them, to ensure that the values you send are in the correct format, including:

A history of previously sent requests is maintained, so that specific tests can be repeated easily, and so that complex requests containing many different headers can be modified without having to recreate everything from scratch. The utility also allows requests to be directed through a web proxy server.