This Python script will generate SVG star charts, like the ones shown below: 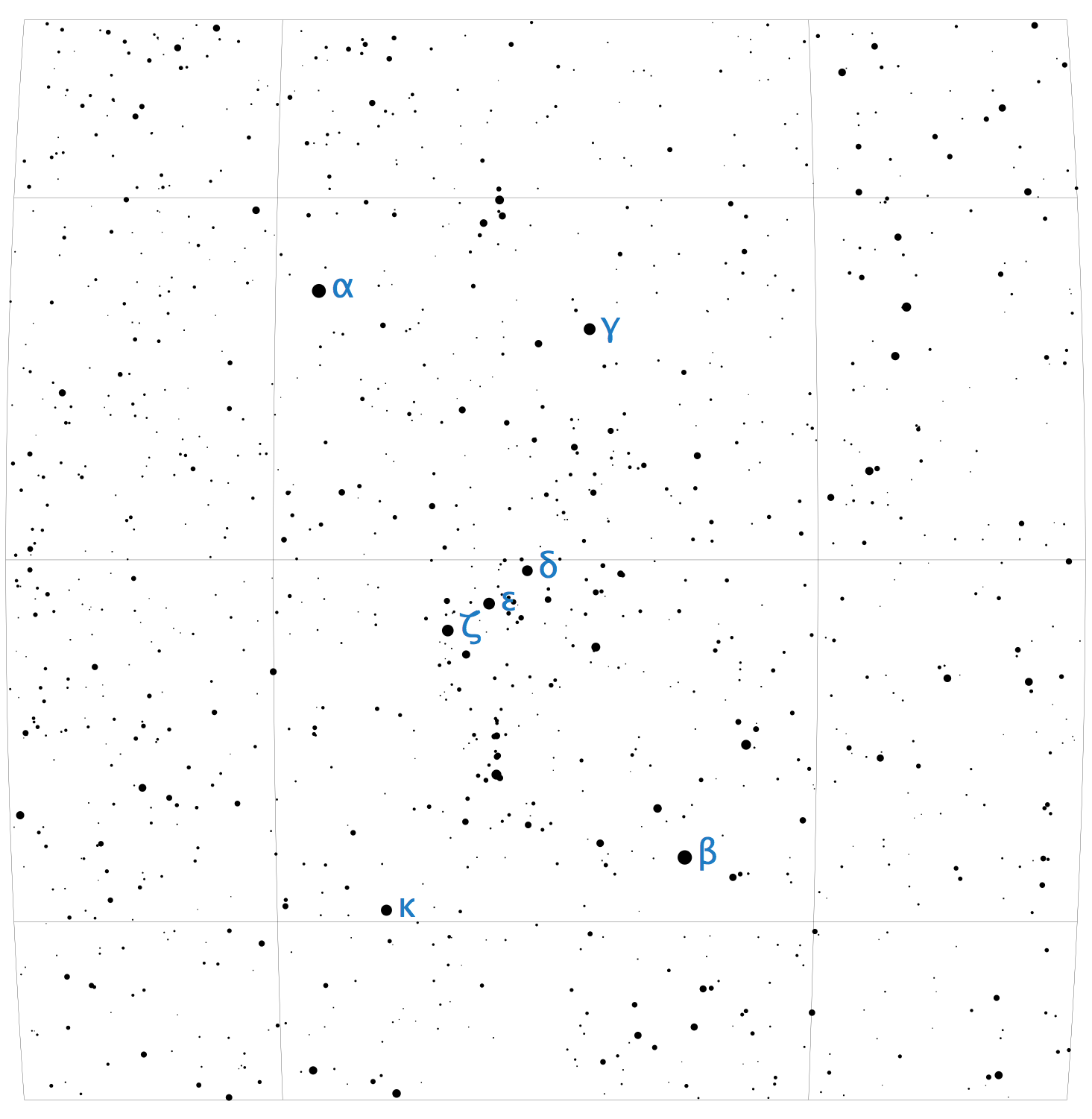 The constellation Orion, showing stars down to magnitude 8 (original SVG)

The script reads data about the position and brightness of stars from a CSV file like this one. Each row in the CSV file contains information about a single star in 4 columns as follows:

The area to be covered by the chart is specified using a SkyArea object, which must be referenced in the main.py file. A few pre-defined areas are included, such as complete northern and southern sky maps: 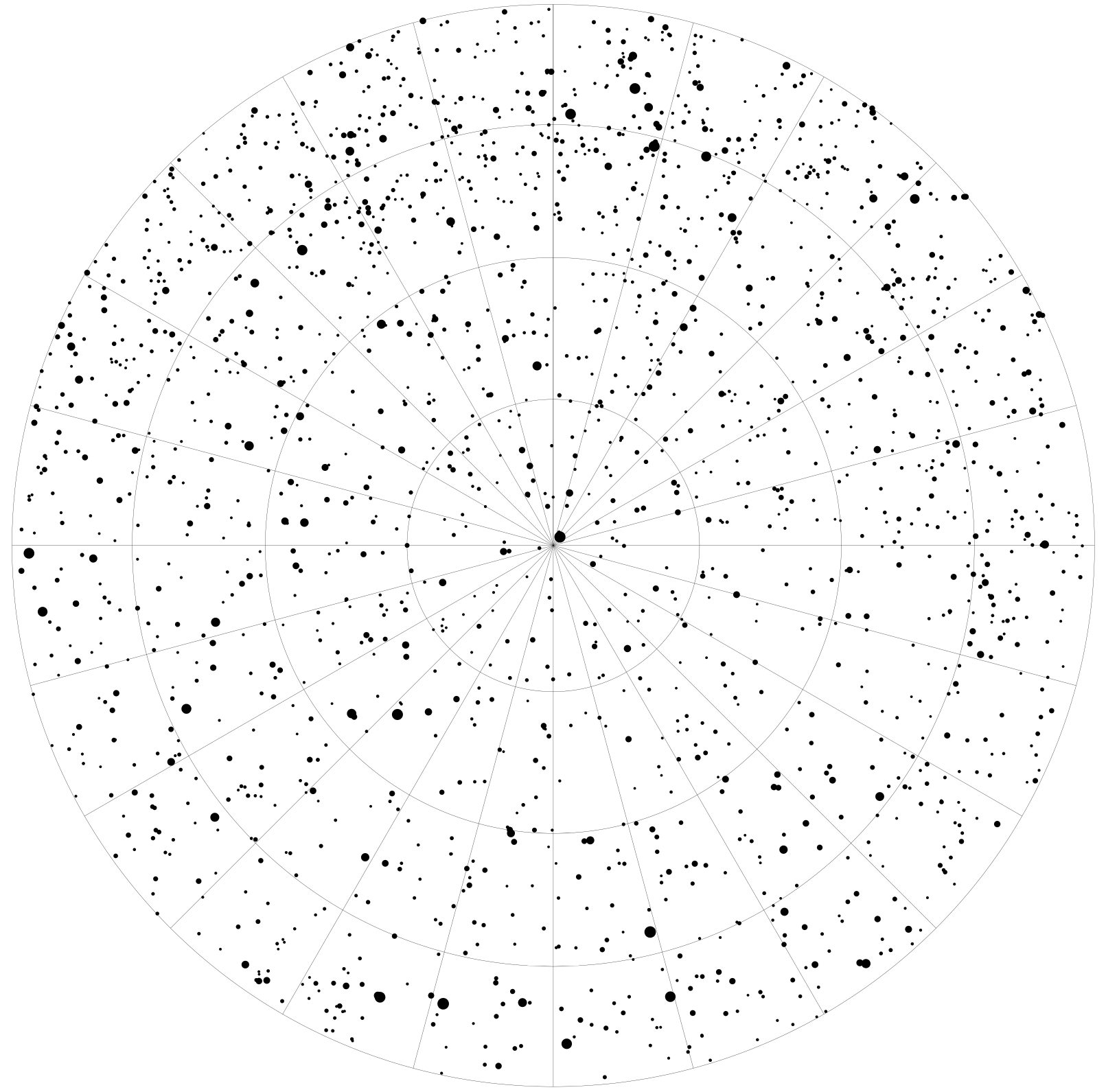 Maps of the Northern and Southern skies, showing stars down to magnitude 7 (original SVGs: North and South)

The script is run by simply executing the main.py file, as follows:

The SVG file will be created in the current directory, and will be named star-chart.svg